General Manager and the star of First Dates, Mateo Saina, uses OpenTable to boost bookings by 17.5%. Read his story and find out about life at this fine-dining vegan spot.

Not too many restaurants can claim to have a bonafide TV star as their General Manager. But that just happens to be the case at Glas, a fine dining vegan and vegetarian spot in Ireland’s bustling capital city of Dublin.

Still, you won’t see Mateo Saina, maitre d’ on the show First Dates and General Manager of Glas, getting carried away with his celebrity while on the job. In his words, “It’s always about the quality of the food and service above everything else.” It’s a good thing, then, that the menu at Glas is what really stands out, along with the five-star service.

Humble and passionate, Mateo has a deep understanding of restaurant life, from guest interaction to satisfying their taste buds. We recently caught up with him to find out more about that great food, how OpenTable helps Glas attract new customers and manage their bookings and, of course, his time as the star of First Dates.

A stop-start beginning to life at Glas

Opening a restaurant is never easy, and the first 12 months are usually the hardest. Throw in a global pandemic, and you’ve ramped the Difficulty Meter up to 11. The chaos caused by Covid isn’t lost on Mateo. He says, “The restaurant opened in 2019 and has been going strong for three years now.

“But Covid did disrupt the flow here as we had to close during the first lockdown, meaning we lost a lot of momentum. Once we reopened, Glas came back even stronger, but then we had to close for another lockdown. That kind of stop-start mentality is challenging, but now I feel we’ve got a good flow and can capitalise on the following Glas has built in the short time it’s been open.”

The day-to-day running of Glas, and role of OpenTable

As the General Manager of Glas, there’s a tremendous amount of responsibility on Mateo’s shoulders. He is, as he says, “The alpha and omega”. “I’m responsible for the booking side of things – essentially everything at the restaurant.”

“Day-to-day, it’s my job to fill the tables and ensure we don’t have empty seats. We need to do that with high-quality food and great service, but also by taking the right approach to marketing so Glas is visible to everyone.”

In order to attract new diners, Mateo uses OpenTable. From its marketing features such as Boost Campaigns and Experiences to Reputation Management, Glas taps into the many features to ensure the restaurant gets more eyes on it and people hit the “book” button.

One of the most significant benefits of OpenTable is its measurable return on investment (ROI). Mateo is a big fan, saying, “Marketing is never easy, but I get tangible insights with OpenTable, especially when compared with print advertising and other media.”

“You can spend hundreds and thousands of Euros on a newspaper advert, TV spot or billboard, but you can’t be sure how successful it was. I’m not going to ask every diner who comes through the door if they saw us in the local paper – it’s not realistic.”

What is realistic, however, is seeing reports on OpenTable. Mateo says, “When using OpenTable, I can say, ‘Ok, this is what we’ve paid, and this is what revenue came in’. For me as a general manager, it’s justifiable straight away. No ifs or buts, and it’s self-explanatory.”

“For example, I ran a Boost Feature for a specific night. Overall, we got 160 bookings, with 28 coming from OpenTable. That’s 17.5% of all bookings – it’s a big number. If you use OpenTable regularly, you can easily achieve between 5% to 8% extra on your weekly bookings.“*

Speaking about his general experience using OpenTable, Mateo notes, “I’ve used OpenTable for more than 15 years now. I’d say I know 90% of the platform like the back of my hand. But when I do need something explained, the team is always ready to help.”

“I think you guys must employ brainiacs who just know the answer to everything in seconds. I’ll get in touch, and my query will be answered right away. I’m always sitting here thinking to myself, ‘how do you know this off the top of your head?’”

Mateo is impressed with the customer service and believes it plays a vital role in defining the relationship. He’s also happy that the team is always ready to hear feedback. He says, “Listen, I have very few complaints about OpenTable, but I’d love to see a feature where you can take a deposit upfront or something where you offer pre-pay so we can reduce the number of guests who cancel at the last minute and leave us with an empty table.”

“Right now I’m using Experiences as a workaround, but it would be nice to see a more dedicated feature. I said this to the team, and they came straight back to me, saying they’re working on a feature that allows restaurants to take pre-payment.”

“It’s good to be able to have honest conversations and know that your feedback is taken seriously.”

“You must be on OpenTable”

It’s safe to say that Mateo enjoys a strong relationship with OpenTable, and there was never any doubt that he’d implement it at Glas.

“To put it bluntly”, he says, “OpenTable is the best. Others come along to try and compete, but OpenTable has a reputation and a following. Because of that, people will always go back to it.”

“I’ve used other online booking systems, but the biggest customer flow always comes from OpenTable. For example, tourists come to the city, and the first thing they do is go on OpenTable to find a restaurant. It’s the same with locals.”

“They don’t use other systems as their go-to. Why? Because they know the majority of restaurants will be there on OpenTable, and using it is like second nature to them.”

“In my opinion, to make your restaurant successful, you must be on OpenTable.”

There is only so much that marketing can do, and the food needs to be of the highest quality for any spot aiming to forge a strong reputation. Glas is, of course, a vegan restaurant, and despite this type of place becoming a more regular occurrence in 2022, there is still some education needed.

Fortunately, Mateo sees guests who are “open to new ideas”. And at the end of the day, as he puts it, “the food quality is what counts”. Regardless of how the restaurant is defined, we’re high-end. That means the food needs to be excellent, and we achieve that here. Glas is listed in the Michelin Guide, which says a lot.

“In fact, it’s one of only two fine dining vegan restaurants in Ireland. Such status helps us, and people often want to eat good food, whether it’s vegan or not. There’s still plenty of education needed on vegan restaurants from a global perspective. But on a local level, the response has been excellent.”

Even if the food does speak for itself at Glas, surely Mateo is tempted to tap into his celebrity status? Born in Croatia, he came to Ireland 14 years ago and has worked in some of the top spots. His natural charm and personality shine through during the talk, and it clearly didn’t escape TV producers.

Mateo is the maitre d’ on the hit TV show First Dates, meaning he’s become a recognisable figure around Dublin and at Glas. But is he ever tempted to use his celebrity to attract guests to the restaurant?

“No restaurant manager should be bigger than the restaurant. It’s already a bad sign if you’re relying on the general manager to bring guests through the door.

“I’d say, at times, I’m an added bonus for those that watch and appreciate the show. They’ll come into Glas not knowing I work here, and I might spend five minutes going over and talking to someone who recognises me just to say hi.”

“But it’s the food and the service that really makes Glas stand out, and I don’t play a big role in that. Sure, I’ll greet people when they come in, but it’s my team who are the rockstars. They have over 90% of contact with the guests, and they are the ones who leave an impression.”

What’s next for Glas?

Celebrity general manager or not, the future looks promising for Glas. It has quickly become a go-to spot in Dublin, both for locals and tourists in the city, and is a hit with vegans and beyond.

A strong relationship with OpenTable also means Mateo has a powerful tool at his fingertips that he’s used for well over a decade. As he puts it, “OpenTable is the Ferrari of restaurant operations and online booking systems. It’s as simple as that.”

*OpenTable customers, on average, receive 2-7% extra in online covers from a boost campaign.

“OpenTable is the Ferrari of restaurant operations and online booking systems. It’s as simple as that.” 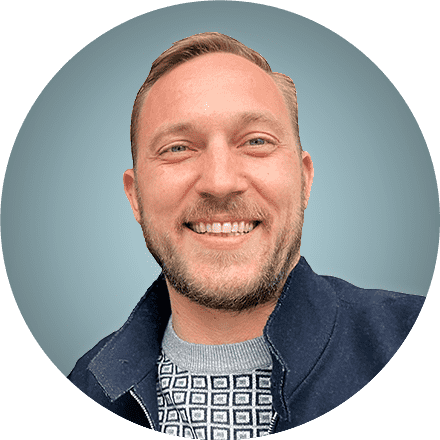 Get the latest restaurant resources delivered straight to your inbox

Fill out the form below to learn more about OpenTable for restaurants and receive our email offers, promotions and newsletters.

Custom tailored for your restaurant, robust inventory settings help you maximise your books and control the flow of your dining room.

Offer, manage, and sell a full range of customised dining experiences, like tastings, classes, and special menus, all in one place.

Aggregate, manage and analyse your reviews across the most popular review sites in one place and create custom post-dining surveys.

24/7 bookability for guests through your digital properties, OpenTable, and our 600+ affiliate partners.

Snag last-minute bookings and avoid double or overbooking with reservation inventory that is always up-to-date and available.

Individual, customizable tool for restaurants to manage their presence on OpenTable, enabling diners to book and learn vital information (location, menu, photos) about your restaurant.

Gain visibility for your restaurant with digital advertising in front of our diner network of millions.

Aggregate, manage and analyze your reviews in one place across the most popular review sites and custom post-dining surveys.

Make custom surveys available to your guests and get direct feedback about their experience to take action on with your team.

Accept online orders and pay at the table as well as for takeout and delivery.

Connect your POS with OpenTable so you can keep track of revenue, get order insights, and enable auto-table statusing to speed up turn times and seat more guests.

Trigger automated emails based on guest visit preferences and measure your ROI with campaign performance tracking.

Identify and recognize guests according to their behavior and preferences, from average spend to most ordered items.

Get an objective, holistic view of each server’s overall performance in terms feedback, cover, and check averages.

A network cover is a cover in a reservation booked through the OpenTable website or app. Each seated guest in a party is a cover, so a party of four is four covers. With OpenTable, you get access to a network of millions and only pay for seated diners, never for no-shows or cancellations.

Get in touch and stay in touch with guests about their visit from one central place the whole team can consult.